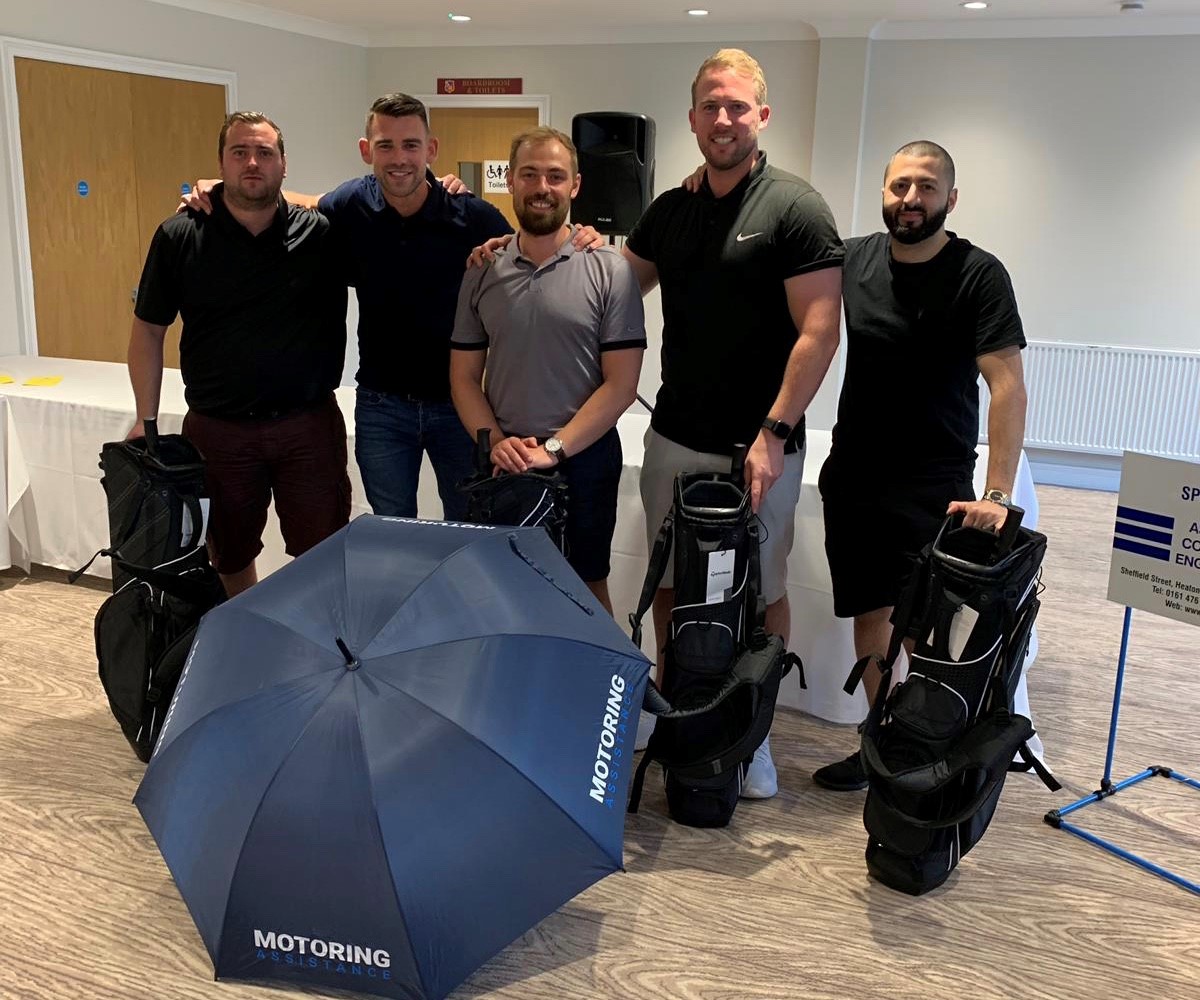 On Friday 26th July Manchester Staff sponsored a Golf Day to support a local community football team. The event was organised by Manchester Gregorians FC, which was formed, in 1959, by former pupils of St Gregory’s RC High School, Ardwick Green. The club is regarded as one the strongest Amateur Football Club’s in Manchester and is well known for its youth and community programmes.

The Golf Day was hosted at the beautiful course at Northenden Golf Club, where teams of four competed for glory and bragging rights. The overall winners was a team from our parent company Buckleigh & Williams, so competition was high from the beginning!

It was a pleasure to sponsor the Manchester Gregorian’s Golf Day, we are always open to supporting any cause that is of benefit to the local community, and this football club does great work in supporting and engaging with youths through the medium of sport.

Manchester Staff supported the event by sponsoring the golf balls and the longest drive award, with funds helping to support the local sports club. After the golf, the teams were treated to meal, raffle and auction to raise money. Prizes ranged from golf gear and some amazing signed football shirts, with the most notable being a Real Madrid shirt signed by Ronaldo and Luis Figo!

The event was a huge success and the teams were blessed with some great weather while the teams navigated the course. Manchester Staff was delighted to help support and contribute to a great local sports club that does so much for the local youth, and community in general.

This website uses cookies to improve your experience while you navigate through the website. Out of these cookies, the cookies that are categorized as necessary are stored on your browser as they are essential for the working of basic functionalities of the website. We also use third-party cookies that help us analyze and understand how you use this website. These cookies will be stored in your browser only with your consent. You also have the option to opt-out of these cookies. But opting out of some of these cookies may have an effect on your browsing experience.
Necessary Always Enabled
Necessary cookies are absolutely essential for the website to function properly. This category only includes cookies that ensures basic functionalities and security features of the website. These cookies do not store any personal information.
Non-necessary
Any cookies that may not be particularly necessary for the website to function and is used specifically to collect user personal data via analytics, ads, other embedded contents are termed as non-necessary cookies. It is mandatory to procure user consent prior to running these cookies on your website.
SAVE & ACCEPT

Send to a friend